Team Project Playground return to South Africa victorious, after a grueling few days attending the Gothia Cup in Sweden. The team travelled over 28 000 kilometers to take on some of the best teams from around the world

The PPG team not only represented themselves well but also made South Africa proud by bringing home silverware after winning their division in style. 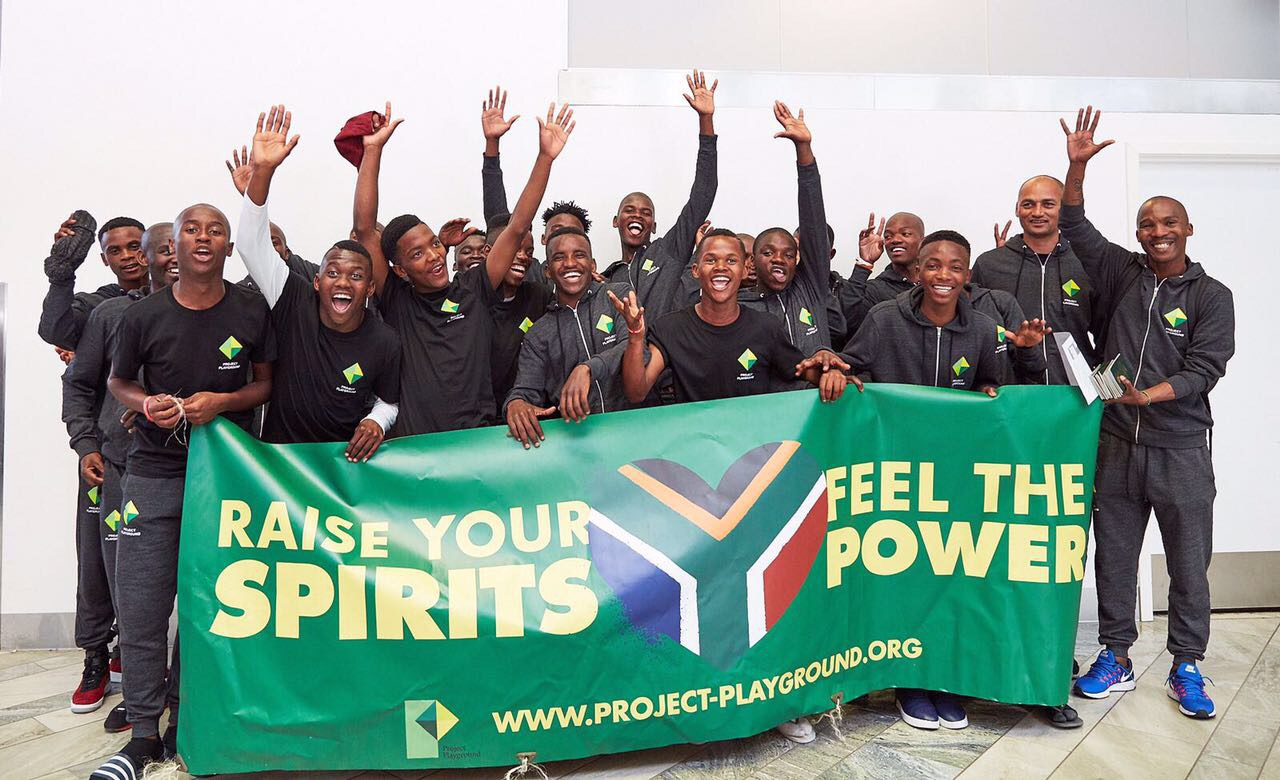 The Project Playground team participated in the Boys Under-18 stream. The under 18 tournament consisted of 131 teams representing 27 different countries. The Under 18 Boys stream then split into two separate play offs.

Play off A was won in the final by Entente Sannois Saint Gratien of France against Orgryte IS of Sweden, while Champions of Play Off B were the Project Playground team.

Team PPG started off the tournament in Group 15 where they were paired alongside Swedish teams Norrby IF and IFK Uppsala and German side SuS Kaiserau.

2. Tuesday at 2.40pm: Won 8-0 against SuS Kaiserau. First half goals by Samkelo Mkiva, Philasande Wayini, Buzwe Bam and Lukhanyo Mphambo; Awonke Mlanjeni opened the scoring in the second half before Lukhanyo Mphambo went on to get his hat-trick, netting 4 goals in that game.

3. Wednesday at 9 am: Drew 0-0 with IFK Uppsala, resulting in a 3rd place finish and missing out on Play Off A qualification, thus qualified through to the knockout rounds of Play Off “B” (the ‘Plate’ section).

5. Thursday at 7.10pm: Won 5-0 against Nordhordland BK of Norway. Olwethu Madolo opened the scoring after just 3 minutes. The floodgates opened in the second half with goals for Lukhanyo Mphambo, Philasande Wayini, Buzwe Bam and Vuyo Jayiya.

6. Friday at 10.30am: Won 3-1 against SG Findorff from Germany, having been 1-0 down at half time. Siphenathi Mhlathi’s cool finish levelled the scores; later the two centre backs stepped up to win the game: Athenkosi Mnqwazi and Sakhe Sohuma.

7. Quarter Final at 3.10pm: Won 3-0 against Oppsal IF from Norway, thanks to goals by Mihlali Ntontela, Lukhanyo Mphambo and Buzwe Bam.

9. Saturday FINAL at 2 pm at the SKF Arena against FK Lillehammer from Norway. 1-1 Final score with a goal from Siphenathi Mhlathi

The final then went to penalties with the PPG team winning the Plate final 4-3 on penalties and were awarded the B18 Play off B trophy for their efforts!

“It is not often when I choke up and am unable to talk, but in that moment of victory, like an epiphany, I realized just to what extent the entire tournament will have on the boys that were there, and importantly, to all those they will convey their story too. It is ultimately life altering setting a new path to a new destiny.”- Waheed Adam, Prime Group & ITouch Foundation

“It's an incredible opportunity and experience for Project Playground to participate in Gothia Cup - it symbolizes so much; hope, interaction, new ways of viewing the world, and a belief that if we can play against academies, and win, nothing is impossible.” - Frida Vesterberg, Project Playground

“I travelled with the squad as a player representative, but I experienced the boys’ incredible achievements as the starry-eyed, football crazed child I used to be. Everything I learned and saw suggests that the future of South Africa’s male and female footballers will be bright.” - Daniel Brophy, Prime Sports Management

"Our achievement at the Gothia Cup has proven that when the mind, body and spirit are in harmony, one can accomplish extraordinary results. We came back with a trophy from Sweden, but for us, as Project Playground it's about the transformation the boys went through in the process of winning the cup" - Thembinkosi Matika, PPG soccer coaches and in charge of PPG Langa office

Team Project playgrounds trip to Sweden was not only a positive influence on the boys themselves and their careers going forward but also makes an important statement for South Africa as a whole.

They've shown us that if given opportunities such as these our kids can showcase their talents and compete on the international stage, and it’s up to those with resources to step in and help these young men and women reach their potential.

If you would like to get involved or require more information on the iTouch foundation, Project Playground or Prime Sports management feel free to contact us here.